Legal Stories to Watch this Week 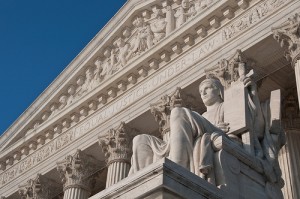 Although Sandy has slowed down a few cases, there are a handful to continue watching this week in the Supreme Court as well as several legal events elsewhere. One of the cases that is on the full docket for the Supreme Court this week includes the “drug-sniffing” cases which concern p0lice drug dogs as well as another that could mean the 11th execution for the state of Texas in 2012.

The Supreme Court will hear cases in both Florida v. Jardines as well as Florida v. Harris. Both cases regard whether a police dog’s sniff triggers the 14th Amendment’s prohibition of unreasonable search and seizures.

Also of interest this week is the Bobby Lee Hines case. Bobby Lee Hines is scheduled to be executed for robbing, stabbing and strangling Michelle Wendy Haupt. Haupt lived next to Hines in Carrolton, Texas, nearly 21 years ago. This would be the 11th execution this year in the state of Texas.